Leader in 1990, Cory stood out builiding leading brands suchs as Icekiss, Lilith, Chita and and Hipopó biscuits. For 50 years at the helm of the company, Nelson Castro says that crisis is opportunity.

Nelson Castro is the head of the Cory Food Industry 48 years ago (Photo: Adriano Oliveira/G1)

Market leader in the 1990s with the Icekiss candy and biscuits Hipopó, the company that was born as bakery – without oven – faced bankruptcy, the closure of factories and a debt of $ 70 million. Today, it is a case of success when the theme is overcoming crisis.

“There are few people in Brazil who are more crisis specialists than I am. After the revolution of 1964, I have seen Brazil in several ups and downs, and experience tells me that after the crises people are strengthened. I’m not super-optimistic, but we can not give up, “he says.

At age 72, the entrepreneur is ahead of the industry, which now has 600 employees in both factories in Ribeirão Preto (SP) and Arceburgo (MG), where 100 tons of candy and thousands of biscuits are produced every day. 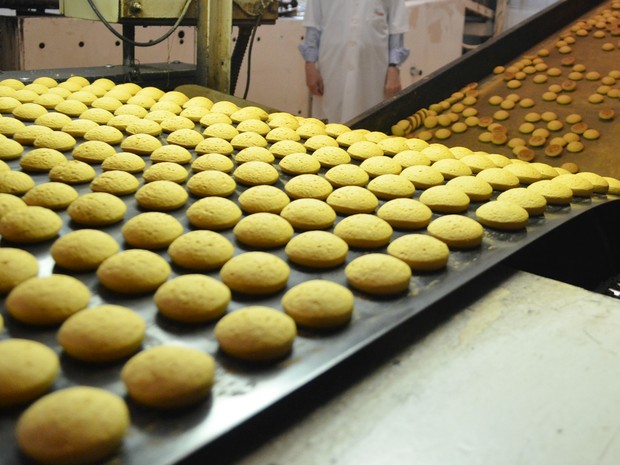 Bakery in Lins turned into a biscuit factory in the 1970s (Photo: Adriano Oliveira/G1)

In all, the company owns five brands: Icekiss, Cory, Lilith, Hippo, Chita and Dimel, with items ranging from chewing gum, hard candy, biscuits stuffed with honey breads and other sweets. The products are exported to four continents.

The industry does not report annual revenues, only a projection of 10% growth in 2016. What is known, however, is that the figures still do not reach the values ​​obtained in the 1990s, when the Icekiss candies and the Hipopó biscuits they sold like water.

“Today, we grow healthy. I say that we learn much more in mistakes than in right ones. There is an example that defines this well: a person’s electrocardiogram, which represents life, is full of ups and downs. If there is a horizontal, stable line, you’re dead, “says Castro.

Cory’s story began in 1968, when Castro bought a bakery in Lins (SP). At the time, the term outsourcing was not yet as widespread in Brazilian business, but the young entrepreneur was already buying French bread from the competitor to resell.

“It turns out the bakery had no oven and I did not have the money to buy one. Gradually we get the capital and then we start using idle time to make cakes, cookies, biscuits. In 1971, the bakery became an industry, “he says.

Three years later, a new bet: Castro bought a candie factory in Ribeirão Preto. It did not take long to decide to unite the two companies in 1977, in the Lagoinha neighborhood, in the eastern part of the city, where Cory’s headquarters is nowadays. 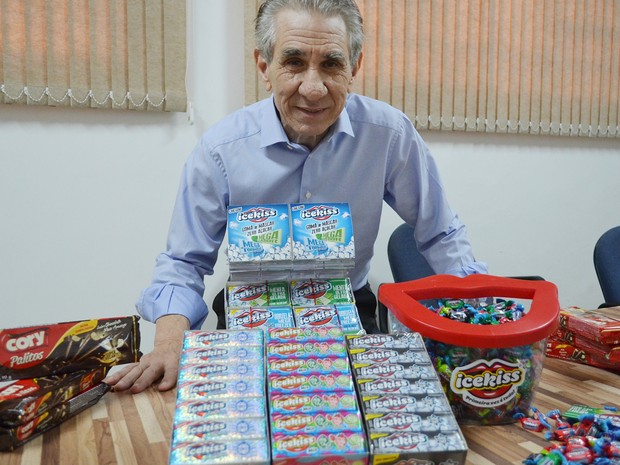 In the early 1980s came the release of Icekiss candies. Soon after, the strategy of putting love messages, horoscope messages and photos of artists inside the packaging made the brand become national craze.

In the bakeries, ice cream parlors, bars and snack bars, the candy dispute with the predictions of the signs left euphoric and at the same time crazed merchants – many began to separate the product according to the houses of the zodiac to facilitate sales.

“Candy, as a product, existed for 2,000 years and has always been consumed by sensory value, by taste. Suddenly, Icekiss adds an element of socialization and it becomes the candie of the joke, the flirting, the collection, “says Castro.

Currently, of every three hard candies consumed in Brazil, one of them is Icekiss, according to ABICAB.

And it was in the midst of Icekiss’ sales success that the Cory industry made another choice of investment. The launch of the Hipopó stuffed biscuits in 1988 snatched the children’s audience with the promise of offering far more filling than the competing product.

“The one who consumes this type of biscuit, in most cases, is the child. She opens the cookie, eats the stuffing, and whoever gets the rest is the mother. So, we focused on delivering two variables: the quantity and quality of the filling, “explains the president.

Two years later, Hipopo had as a line extension, Easter egg. Pioneer in the Country with a surprising toy packed inside the chocolate egg.

The marketing strategy consolidated Cory as one of the largest Brazilian candy and derivative manufacturers at that time.

But a mistake turned out to be crucial for Cory’s decline: in 1991, faced with the unfavorable economic scenario and the unpopular measures adopted by the Federal Government, Castro decided to buy a traditional São Paulo gift retail chain GG Presents, with 16 stores.

The following year, corruption scandals involving the then President of the Republic Fernando Collor, the opening of the process of impeachment against him and the change of government made the economic situation of the Country even more difficult.

“Bankruptcy is a word that carries terrible consequences. We lose everything and anything else. We lost money, team, space in gondolas, competitors cloned our brands. ”
Nelson Castro, president of Cory

The retail chain began to become a source of constant losses. To try to get around them, Castro began injecting resources from Cory into the deficit company. He could not save either of these two projects and still incurred a series of debts.

“Our indebtedness with the banks exploded and we had no alternative but to file for bankruptcy in January 2003,” says Castro, recalling that in December of that year the agent who was at the head of the recovery process of the company suffered a ski accident in the United States and the negotiations were suspended.

Without the payment of the first installment of the concordata, the Justice decreed Cory’s bankruptcy in February 2004. The 1,300 employees were dismissed overnight. The mills were closed for four months until the company was able to reverse the decision.

“Bankruptcy is a word that carries terrible consequences. We lose everything and anything else. We lost money, team, space in gondolas, competitors cloned our brands. Only copies of Icekiss were seven, “recalls Castro. 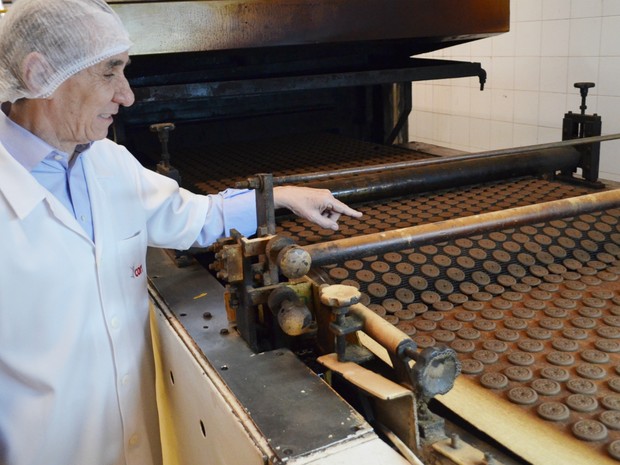 Even shaken – financially and emotionally – Castro says he never thought about quitting. With no money and credit, he managed to get Cory back with 150 employees, who accepted rehire without even knowing how much they would get paid.

Castro asserts that despite the defined roles, everyone performed a variety of roles: anyone who attended the board meeting in the morning could be scheduled to sweep the factory floor at the end of the day and would not complain.

The important thing at the time was to get customers back and put Cory’s products back on the market. At the same time that it had the support of the employees, Castro also received the help of suppliers, who began to sell to the industry in the long term.

“People had a cause to fight for. Cory was theirs, and they wanted to get it back. No one gives his life for money, but gives his life for a cause. The wars are there to exemplify this. People made a brutal difference in this story, “he says.

With the change in the old bankruptcy law, the industry had the application for judicial reorganization approved in March 2006 and, in two and a half years, was able to pay all creditors. For Castro, none of this would be possible without the collaborators, who remained with him.

“Innovation is not just in products, but in processes as well. Employees, through creativity and participation, improve processes. So I’ve learned to value every criticism, every suggestion. The differential of companies is people”, he says.

Nelson Castro, had the support of the employees to rebuild the company (Photo: Adriano Oliveira/G1)

The story of overcoming became a book in 2006. In “The Flight of the Hippopotamus,” a reference to the brand’s cookie, Castro says that despite all the hardships, and however great they may be, they never fail to believe in success.

Still according to the businessman, one of the main problems in times of crisis is that professionals start to focus only on what happens in the news, without looking at their potentialities, within their companies, their consumers and customers.

“I do not know exactly how long this crisis will last. But there are things we can not change. I can not change Brasilia, but I can change my business, my job, my life. Focus on what you can do and you will have amazing results, “he concludes.

People had a cause to fight for. Cory was theirs, and they wanted to get her back. No one gives his life for money, but gives his life for a cause. The wars are there to exemplify this. People made a brutal difference in this story. ”
Nelson Castro, president of Cory